Since 1933, one members-first milestone after another

Founded as Pacific Hospital Association nearly 90 years ago by a group of physicians and hospitals, PacificSource has never let up in putting community and members first. 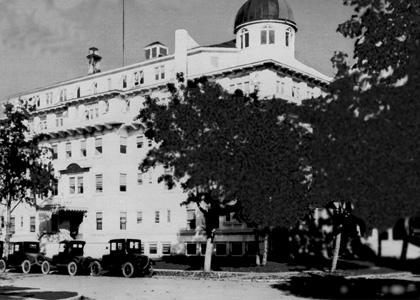 PacificSource was founded in 1933 by a group of 21 physicians who staffed and operated Pacific Christian Hospital in Eugene, Oregon. Within two years, the not-for-profit covered 600 employees, hired its first full-time manager, and named itself Pacific Hospital Association (PHA).

By 1940, PHA focused on providing health coverage to mostly wood-product companies and government employers, such as Giustina Brothers Lumber Company, Westfir Lumber Company, Lane County, and the City of Eugene. PHA fulfilled the needs of local employers who wanted to ensure their employees could access medical care and be protected financially when they were sick or injured.

Slow, steady growth and solid resources made PHA shine—finding itself rejecting merger offers. By 1945, PHA was insuring 4,500 people with a $2 per month premium. The company celebrated its 20th anniversary in 1953 with 10,500 members, 123 business contracts, and 67 physicians.

By 1975, PHA had become a major health insurer for the people of Lane County, Oregon. During the ‘80s economic downturn—thanks to conservative underwriting practices and measured growth—PHA avoided the financial losses that plagued so many other health insurers, emerging stronger than ever. By 1986, PHA had expanded its western Oregon service area to include Douglas, Linn, Coos, and Benton counties.

The company grew dramatically during the ‘90s, thanks to aggressive provider contracting and expanded communications. In 1992, PHA opened an office in Portland, and in 1994 launched its own line of group dental plans.

To better reflect its mission as a health insurer, the organization adopted the name PacificSource Health Plans in October 1994. A few years later, PacificSource offered a statewide plan, providing businesses and individuals throughout Oregon with flexible health and dental insurance.

Because of its expanded geographic reach, PacificSource opened offices in Bend in 2000 and in Medford in 2004.

In 2007, PacificSource achieved a key goal of its expansion strategy by adding Idaho to its service area and opening a regional office in downtown Boise.

The company celebrated its 75th anniversary in 2008, ending the year with 150,000 members and a new licensure in Washington.

The decade ended with 206,000 PacificSource members.

In keeping with its vision of becoming the leading community health plan in the region, PacificSource entered the Medicare and Medicaid markets in 2010 through the acquisition of Clear One Health Plans, Inc. This union combined Clear One’s expertise in government programs with PacificSource’s longstanding leadership as a commercial health plan, providing greater opportunity to collaborate with providers across a broader spectrum of patients to improve healthcare quality and access.

Through the acquisition of Clear One, PacificSource also gained a foothold in the Montana market and began its expansion in that state. In 2011 PacificSource opened an office in Helena, achieved licensure in Montana, and signed an agreement to purchase a portion of New West Health Services’ commercial health insurance business.

As a full-service organization with licensure throughout the Greater Northwest, PacificSource continued to expand its role as a community healthcare asset in communities across Idaho, Montana, Oregon, and Washington.

In 2016, PacificSource and Legacy Health established a partnership, where PacificSource began serving as the health insurance provider for Legacy's benefit-eligible employees and their families. The PacificSource and Legacy partnership created an integrated approach to elevate the quality of care to members and patients, as well as improve population health, access to care, and making care more affordable. It has also led to newly enhanced product offerings and options for healthcare consumers.

By 2021—with more than 93,000* partner providers and 559,683** members—PacificSource had introduced Voyager, Navigator, and Pathfinder, a combination of innovative plans and networks to simplify how members access care and engage with providers and their unique health journey.